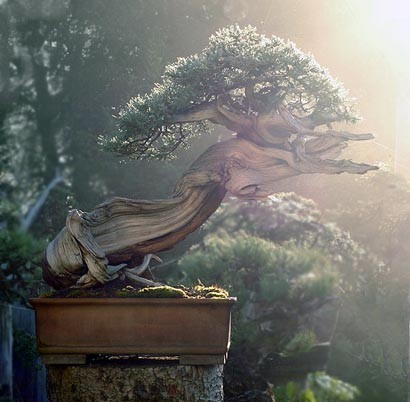 The history of bonsai begins in ancient China around 500 to 1,000 BC, initially known as “P’en Tsai”. The art spread from China eastward to Korea, then finally Japan where it’s best known.

In this picture, we see an American tree (Rocky Mountain Juniper), molded in the Korean style of an art form which has some roots in China. This image closely resembles the International Tang Soo Do Federation and the history of traditional Tang Soo Do itself.

message, or just stop in